What Will our Kids be Like Following the Pandemic?

What Will our Kids be Like Following the Pandemic?

The Huffpost recently asked school counselors to speculate what the notable after effects for kids following the pandemic, a group uniquely in a position to predict the outcomes. Three areas emerged recurrently:

1. Being Stuck in ‘Survival Mode’: After being subjected to lots of panic-filled response to the pandemic, many kids will take some time, in varying degrees, to return back to baseline from the ‘fight or flight’ panic that has dominated the last 12 months. It’s easy to forget that when you’re young, you have no clue what the hell is going on, so the panic of a situation as dire as a pandemic, that anxiety is heightened by that lack of perspective, magnifying anxiety. It’s going to be a long road back for many of them.

2. Relearning “Being in the Moment”: Though this one surprised me a bit at first, it makes a great deal of sense. When confronted with that degree of anxiety of unpredictability, this level of worry leaves us constantly waiting for the next disaster to hit. I personally think mindfulness is really important to sell to kids. We have my daughter using all kinds of meditation, mindfulness apps, and 432 hz music to combat this anxiety, and it does wonders. Teenagers need to be sold on it, and that might be tough to accomplish as their parent, but it’s value can’t be undersold in anxious times.

3. Soft Skill Development: Counselors almost unanimously agree that so-called “soft-skills” or interpersonal skills involving social-emotional abilities will be in great disrepair. To be frank, this one scares the crap out of me. There’s just no substitute for learning how to behave in a group full of people, other than being in a group full of people. My kids, in particular, have been denied that ability by this pandemic, and I fear for their future happiness if they are crippled by the current protocols in socialization. I suppose they will have good company, though, as ironic as that sounds.

Though these areas of concern are all substantively concerning, I do believe that an awareness of the details of these deficits is empowering in combating them as we emerge from the shadow of Covid. Reassuring kids of their safety and listening to their fears, encouraging mindful practices, and facilitating more social contexts should be in focus as we move into spring and summer for all parents. 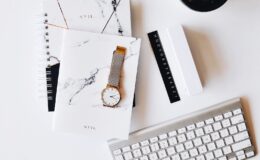