Why Most Professors and Most Teachers Want to Quit

Why Most Professors and Most Teachers Want to Quit

A recent commissioned study by the Chronicle of Higher Education determined that 55% of higher ed faculty are considering a switch to another career. Oddly enough, 33% of tenured professors, even, are considering a change. It goes to show the level of impact of the pandemic on education. The tenured college professor is essentially the top of the food chain: good money(generally), reputation, and intellectual fulfillment all in one. Yet even that holiest of positions is not that mighty, it seems.

While it is easy to blame the pandemic for pressure applied to the teaching profession, it is easy to forget that the career had increasingly become filled with hassles that made it unattractive to begin with. The pandemic has simply split the sinking Titanic into halves.

Allow me to be frank about my former institutional teaching career for a moment. I don’t want to complain or moan, there were many, many perks to my work, but I do want to bring the stresses of the position to light. I worked more than forty hours a week. The notion that the work day began in the morning and ended at three is whimsical at best; any teacher in any institution will tell you. The work for me included coaching, extra-curricular activities, dorm parenting, advising, and that all of that does not include perhaps the biggest time & energy suck of all: administrative paperwork. I tabulated it all by hourly workload at one point. Working at a boarding school, Taft, where room & board were included in the compensation, I was making 12 dollars an hour, including vacations, sick days, etc. This is barely above minimum wage for a job that required 8 years of education, 5-10 years experience and few key connections. Something is wrong here.

As a result of these realities, you see a lot of high character-type of folks who are independently wealthy in the teaching ranks these days, particularly in private schools. Or those just scraping by who feel like there aren’t better options for their skill set (they aptly call it the “golden handcuff syndrome.” Great looking benefits but you’re actually a slave).

But even this class is being squeezed as well. The altruistic reasons for teaching are under assault, as well. All one would need to do to recognize this reality is to attend a heated parent/teacher/administrator conference to realize why. When a kid failed in the 80s and 90s, the kid was in trouble. When a kid fails now, the teacher is in trouble. I was once called in mid-August to argue with a kid that he deserved better than an A minus.

Forcing them to enter unsafe and potentially dangerous working conditions is not the reason instructors are considering other paths, it’s the last straw. For ideological and personal reasons, because they care, they many have stuck with it, and I’m sure there are those that will hang on like barnacles in the 5th circle of hell, but they’re getting more lonely.

The pandemic has exposed many flaws in our institutions, pressing on the weak parts with its brutal and unrelenting reality. The truth is, let’s be real for a moment, for every ancillary reason imaginable, it basically sucks to be a teacher in this country. The pay stinks, there’s way too much administrative nonsense, you’re sick all the time exposed to the walking petri dish of young America, and it’s basically just loaded with a lot of bullshit.

I love what I do now in tutoring, for it has none of these humiliations, but I do feel bad for the kids that are subjected to the aftereffects of these pressures, a generation victimized by the proverbial shit sliding downhill. I truly hope the system does not backslide to its former mold. I honestly don’t think it can. Why? Because no one is foolish enough to go back behind those big desks once they leave. The poor Ichabod Cranes that remain will be pelted with apples. What happens after that is anyone’s guess. 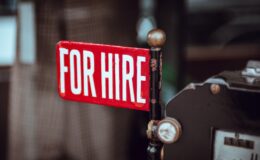 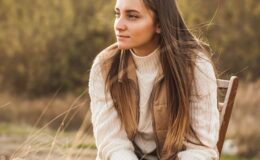 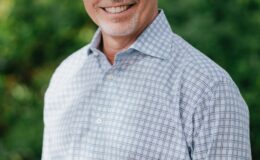