Tom was an overgrown boy, with shaggy brown hair creeping out of the sides of the baseball hat he usually donned, and a soft-spoken demeanor.  He was intelligent in the analytical sense: he could readily solve a problem or a question with solid accuracy, though not with tremendous speed.  Where he fell short was with executive function: he had never used a planning device of any kind, he completed all of his assignments at the last minute, his backpack was a jumble of random papers from all subjects, and he was a tad abrasive when the subject was broached with him, especially if it was coming from his parents.  In addition, he was shy when approaching other adults, particularly when asking for help, which obviously applied when dealing with his teachers, or frequently when avoiding them systematically at all costs.

As a result, it was no surprise to note that Tom’s transcript from high school revealed uneven results.  When the stars aligned— he remembered what to do, his teacher favored him, the material clicked in his brain, or his jumbled bag produced the right assignment or book— he was highly successful.  But more often, ‘disaster struck the unprepared’ when one of these elements went awry.  Instead of changing his approach in these circumstances, he took it as a signal that he was unable to complete that particular work due to his own inadequacy, took a hit to his ego, and repressed this whole process from himself and the world.  Subsequently, he would take steps to avoid, if at all possible, the source of his shame.  Often it was in humanities classes like English or History, which he found far more difficult than math or science.

When it came time to matriculate to college, avoidance was no longer going to be possible.  The ‘anonymous approach’ isn’t exactly all that successful in higher education.  While high schools frequently offer support systems to account for this type of student, college systems are far more relaxed, content to let them slip into obscurity, often resulting in total failure.  Often colleges will offer guidance and support services, but because of the numbers of kids per support staff, they rarely get the type of attention that many of them need.

With this lack of adequate support, it is no surprise to note that the first year attrition rate at most universities today is around 25%.

Tom was coaxed into my office by his father, who was rightly concerned about how he could function when he planned to enter this community college full time in the fall.  Initially, Tom saw little value in meeting with a combination academic coach and tutor, but consented to it to please his father, with me acting as a guide for him in taking a summer class in American History.  We quickly established some infrastructure: we used a planner to schedule classes, homework times and major assessments.  We studied the syllabus to glean information about how to complete homework assignments and how to please the instructor.  We planned efforts to contact the professor during office hours and through email and discussed ways to establish rapport by considering the professor’s perspective.  We organized a course-specific notebook and three-hole punched his syllabus and the first assignment he had been given.  Though skeptical, he was only mildly resistant, primarily, I think, because I wasn’t his father.

Though he missed some of the first week’s readings in characteristic style, positive results were almost instant.  He aced an early quiz after we spent a session reviewing for it, and he got an A on his first essay in the class after we came up with an outline and introduction together.

His confidence began to grow.  He began picking up positive work habits, using structured work time when we had planned it, three-hole punching assignments and putting them in his folder, organizing his class notes.  His professor began to take an interest in him and asked him what his interests and what his goals were during a conversation after class.  Our relationship grew as we joked about the ironies of the American Revolution, about the stressors of teenage life, about the whole academic experience itself.

At the end of the summer he announced to me that he had a received at A in the course with a huge smile as we exchanged a celebratory high-five.  I told him how proud I was of his efforts and told him he must feel really optimistic about going into the school year, and he smiled bashfully in the type of silence in which you can almost hear a kid grow.

We continued working together during the school year, several times a week, as he took on a full load of courses.  To no surprise, he has continued to proliferate: he actually does better now in his humanities classes than his math and science classes, which is just a crazy reversal.  But aside from his academic successes, his attitude about the whole process has totally brightened: he looks forward to studying and attending classes, he takes pride in his efforts, he genuinely believes that he can do it.  He is set up for a life of stability.

Before he met me, he had been searching for ways to drop out of college.  Now his future is very bright.

There seems to be a notion out there that because these kids have turned 17 or 18 that they should then automatically be self-sufficient and able to manage their own lives and academic successes.  While independence is certainly an important goal, throwing kids into the deep end of the pool is seldom a good strategy for education.  Cognitive science has proven that the prefrontal cortex is not complete until 25 or even 30.  An incomplete brain doesn’t make for great swimming!

And the transition from high school to college, in particular, is a big one.  Overnight, they often go from a circumstance in which every facet of their life from dawn till dusk was at least partially monitored to essentially the direct opposite.  They must all of sudden figure out how to structure their days, sign up for courses, navigate relationships with roommates or dormmates, structure free time, manage extracurriculars, go to sleep and wake up at the right time, resist new temptations, and the list only goes on from there. It’s a wonder they have any brain power left over for Calculus or Chaucer in their freshman year, when they’re thrown into such dramatically different life circumstances.  The support they get is critical.

Shifting the arc of a tree at its roots so extremely seems so fundamentally important, yet so often these teens in transit go on unsupported and with little chance of success in their vulnerable states.  I wish I could meet more of them at this vital time, but for now I can only catch one body at a time, “coming through the rye.”  It is my life’s mission, and I hope I will serve it well.

The Four Student Types & Best Ways to Support Each One 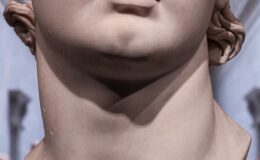