When I was 18 my throat sealed up, covered with giant white lumps like little pebbles on the tonsils, so pronounced I couldn’t swallow without biting pain. they dosed me up on Codeine at the health center set beside Lamont hall, tucked me into a white bed, and turned out the lights for three days. My only memory was waking up every 12 hours to dose up again. I had contracted mono and missed a full week of school, a second week and I would have been put on medical leave and likely been forced to withdraw. Waking up from this coma was like waking up from a sunset nap, a reorientation so discombobulating you have to check on your own fundamental existence. The next stage is like riding a bicycle after drinking a fifth of bad gin, a dizzy horror and desperate attempt to regain control of the wandering wheels. This was my state of being entering into arguably the most competitive high school classroom in the country, analogous to being tossed naked into a den full of bears. The make-up work was essentially at the mercy of the teachers with varying levels of definitions of that term.

As a teacher, I saw dozens of these cases, severe illnesses, concussions, personal traumas, and the miscellaneous travails that necessarily dot human existence. Illness was by far the most difficult to contend with because of its variety of manifestations and its omnipresence. In New England, from October through early April, you will almost never have a full roster of students, beset by any number of plagues small and large. The pandemic added even further wrinkles to this disruption, with quarantining and testing and severe illness. It’s a symptom of life’s unpredictable nature at its very worst.

We have thousands of systems for dealing with these fundamental inconveniences: Substitute teachers, fill-ins, understudies. We have become masters at replacing ourselves for this very reason. But any teacher will tell you that replacing yourself in an academic setting comes with a high premium. It takes about three times as long to replace yourself as it does to actually just attend and be you in a diminished or even zombified state. It’s an unfortunate reality behind the cliche of the teacher that never misses class. They don’t miss class because they’re badasses (well, sometimes they are), but mostly because it’s harder not to be there. Learning is sequential, evolutionary. It requires a dedicated and linear attention to build a pyramid of gains; it doesn’t function like a simple chipping away of ice shards that can be returned to when we feel like dropping the hammer.

When a child misses school, they don’t just miss the stage they are on, they destabilize the entire pyramid to come, they impact every layer above. It also disrupts the flow of consistent practice necessary to learn any skill, particularly for the young. In short, it’s a big problem for both their present and future, and perhaps more of one than is acknowledged.

What is the system of make-up work that your school has? Sometimes there isn’t really one universalized system, typically in private schools there isn’t. If there is one, it tends to be vague and wishy-washy, more appeasement of complaint than a focused and thoughtful agenda for basic remediation. Public schools tend to offer language of legalese on make-up work(and really everything), more strict deadlines and set policies, and yet offer little guidance on best practices for ‘catching up.’

The term ‘remediation’ has a bit of a stigma attached to it, as it is frequently only provided to students who have not been able to grasp concepts initially taught to them because of processing issues or other LD, Cognitive dysfunction, ADHD, or a smattering of other challenges. While increased education surrounding these learning issues has made them more socially acceptable, there is still a sense that they are only for alternative learners. However, remediation should technically be provided to every student who has missed instructional time. On a micro-scale they have a gap in that understanding of the material. A few of them are able to remediate themselves through independent instruction, but if self-guided learning for a 14 year-old was so easy, we wouldn’t have high schools or teachers at all.

What if there were more resources available for these micro-remediations available institutionally? Given illnesses ever-presence, it’s actually pretty surprising they aren’t. Imagine the type of fundamental strength it would offer a student body, a student body that wouldn’t automatically sport cracks in its foundation. And yet, they don’t exist for the general student population, for while their might be special needs areas and personele, it’s not a normalized practice, and anyone who is a parent of a teenager can tell you that they will avoid the abnormal like its white fire, uber-sensitive to their opinions of their peers.

What we did get during the pandemic was an extreme reaction to the science behind transmission of illness. Taped outlines in every hallway, plastic screens, rigorously distanced desks, meticulous protocols for positive tests, tightly maintained quarantining practices. In other words, a reactive response to en educational problem. I suppose it fulfilled that unspoken hippocratic oath of educational resources “First, don’t kill them. Then…” The safety protocols were as necessary as crosswalks are for streets, but if we’re entirely focused on the straight painting of careful white lines and the importance of looking both ways, we forget the reasons why we should cross the street in the first place.

The purpose of education is provide a stable base of understanding in a broad spectrum of life: basic math skills, reading and writing, an understanding of history and the natural world. (It also serves as a sort of poo-poo platter for what to explore further, but I digress) It serves to provide the fundamental skills to survive in a world that has increasingly come to demand a spectrum of skills just to get a job. If stability is constantly undermined by illness after illness after illness than what is it all for? 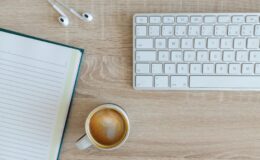 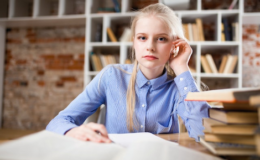 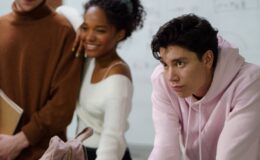 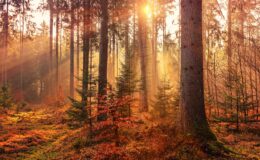